The Hashemite Kingdom of Jordan has a richly diverse history, and nowhere is this more evident than in its architecture. For a long time, Jordan did not have their own architectural style, due to the fact they did not have any of their own architects. Therefore buildings were designed according to the trends that were seen in neighboring Arabic countries such as Syria and Palestine or built by builders for practicality rather than style. The country is home to many temples, churches, and mosques, standing proud as examples of the diverse nature of Jordan’s history of occupation.

The Feynan Lodge in Dana by hikinginjordan

The first examples of colonial architecture in Jordan came from the vernacular styles of the Bedouin people. The Bedouin were a group of Arabic nomads that traveled across the deserts of Northern Africa and the Arabian peninsula. These people lived in simplistic and practical tents – sized according to the needs of the family and created with any materials that were found lying around. Although these original tents no longer exist today, it laid the foundation for architectural designs that were purely functional, without needing to be aesthetic.

Some of the most significant architecture in Jordan can be found in the city of Petra. There is evidence of human occupation in this specific region of Jordan, dating back to over 90,000 years ago. The country has frequently been a point of trading for both the Roman Empire and the Middle East. The city was a major trading hub for these various groups, and evidence of their effects can still be seen today.

The architecture of Petra was modeled on the Nabataean style after the Nabataeans – a group of nomadic Arabs that founded the city around 9,000 BC. Initially, the city was designed very simply from an ar

chitectural perspective, designed for practicality rather than aesthetic purposes. In a sense, it was similar to the vernacular styles of the Bedouin people, although slightly more progressive. Much of the city is still made from simple clay and stone structures that were used to store items until travelers could return and retrieve them.

As the city grew to accommodate greater trading from further afield, so too did the architecture. The Nabataean influence was still reigning strong, and incorporated aspects of Egyptian, Greek, and Roman styles. Buildings became monumental and more ornate, exemplified in the tombs and temples that were created to worship those in power.

Petra was lost to the Roman Empire in 106 AD, and as a result, Roman influence became more evident. There are a number of statues that refer to Greek and Roman mythology throughout the city, which detract from the Islamic influences found elsewhere in the country. Today, the city of Petra has been claimed to be “one of the most precious cultural properties of man’s cultural heritage” by UNESCO. Almost a million tourists a year visit this historical site and marvel at the architectural wonder.

Rule of the Ottoman Empire

The Ottoman Empire ruled Jordan from 1517 until 1922 when the end of World War I caused the empire to collapse. During this period, Jordan was essentially left alone, under the governorship of local Arabic rulers from Syria and Palestine. This fact can be seen in architecture from those four centuries – Jordanian architecture tends to lack the fundamental elements that Ottoman architecture is known for, such as the bold, detailed buildings with multiple domes.

Instead, Jordan favored slightly more simplistic styles that came from their Arabic governorship. This was due not only to the fact the Jordan was under their rule but also because Jordan had no qualified architects of their own. So architects would come from these neighboring countries, bringing with them the styles they knew, and often adapting them to suit the new conditions.

Even now in more recent times (the late 20th and early 21st centuries), Jordanian architecture continues to reflect the countries around it, creating an amalgamation of styles that cannot be classified by a single term. Many of Jordan’s top architects graduated from schools internationally, returning home with new Western influences, in an unintentional neo-colonization of Jordanian architecture.

Jordan is slowly developing its own architectural style, one that pays homage to its diverse roots. There has been a more recent attempt to pay homage to Islamic roots, with many significant buildings such as the parliament building and the Le Royal Hotel in the capital designed to mimic modern Islamic style, and more traditional buildings, such as the tower of Babel.

As the country continues to develop, its new and old architecture continues to be a strong representation of the long and varied history of colonization in all of its forms. It moves away from its simple vernacular roots, and there is a new push to modernize styles and influences that have come together over time, to create something uniquely Jordanian 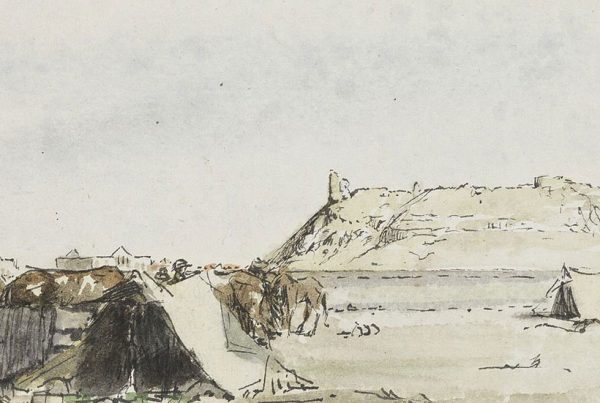