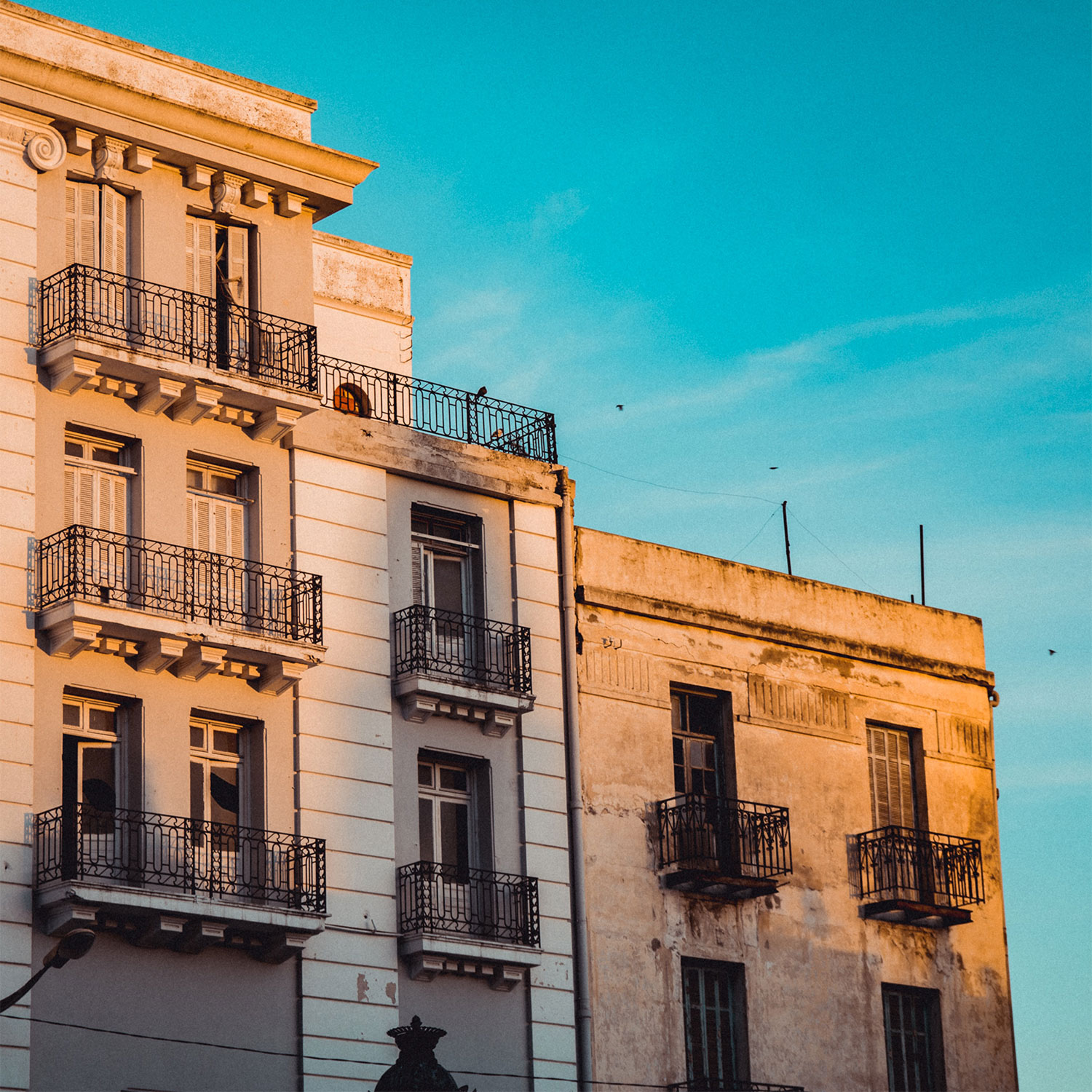 A Retrospective of the Grand Architecture of Tunis 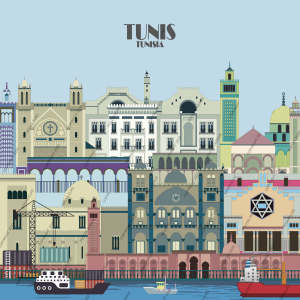 Huge interest is given to the architectural legacy of the cosmopolitan almost European city of Tunis over a long history. Numerous buildings reveal a heritage that adapts the idioms and forms of Neoclassicism, Orientalism, Art Nouveau, Art Deco, and Functionalism to the local scene. Architects were inspired by the desire to adapt what of the vernacular tradition may suit the rigorous distribution of functions and forms. The city of Tunis offers an architectural and monumental park marked by a sensuality that seems to make buildings an intimate shelter, offering a restorative shade in the harsh climate of Africa.

Starting the journey with the old medina, the historical center of North African cities, with Bab El Khadhra as one of its gates. The portal was initially built during the 14th century, later destroyed and rebuilt in the 19th century by the French protectorate. The current structure consists of a simple arch designed to mimic the European castles’ gates. It owes its name ‘the green door’ to the horticulture and Orchard gardens that extend in front of it. Within the walls of the medina, the Kasbah Mosque stands out as a symbol of the first Hafsid sovereign, Abu Zakariyya. Even though the mosque was built as a declaration of independence from the Almohad dynasty of Marrakesh, its architecture is very similar to the traditional Moroccan style. Sitting on a rectangular plan, the structure is surrounded by horseshoe arches colonnades. The most noticeable element of the mosque is its minaret. Mimicking its sister minaret in Kasbah Mosque of Marrakesh, the minaret is square-shaped, decorated with a mesh of interlocking arches which forms a lace of diamond shapes. Unlike the one in Marrakesh, this decoration is made of stone, not brick. Few meters away, the majestic Zaytuna Mosque is situated. With the larger scale as the only difference, both mosques are practically identical. Tunisian mosques are differentiated by their white and beige hue, contrary to the red or pink shades of Moroccan mosques.

Within the narrow alleys of the medina, Sidi Youssef Dey Mosque stumbles passengers. Before becoming an official mosque in the 17th century, the building used to function as the main public speaking venue of the historic city. After its renovation in the late 19th century, the Italian inspired mosque features an octagonal minaret with a conical capping, colonnaded galleries, decorated with Italian marble work. It represents Moorish Revival architecture.

Moving on to the archaeological site of Carthage, where Mosque Malik ibn Anas is located. It is the first mosque to be built in the area since Islam appeared in Tunisia. Opened in 2003, the volume of the mosque is governed by an order of symmetry and axiality, purity of forms, and hierarchical sequence of spaces, characteristic of the great Tunisian mosques. Just near the ruins of the ancient Roman city, the Acropolium of Carthage is located at the crossroad of all Tunisia’s history. No longer functioning as a cathedral since 1933, the building represents Moorish-Byzantine architecture. Its main façade is framed by two square towers, topped with small cupolas, the decoration consists of painted and gilt arabesques, also appearing on the stained glass.

A more Moorish architectural Christian monument is the Catholic Church of St. Joan of Arc. Constructed at the beginning of the 20th century, the Catholic Church is located between Lafayette and Mutuelleville district. With its humble and whitewashed structure, the church reinterprets the traditional Moorish style.

Away from the traditional ambiance, the Cathedral of Saint Vincent de Paul, a Roman Catholic church, is located at Place de l’Indépendence in Ville Nouvelle along Avenue Habib Bourguiba. The cathedral endorses a mixture of styles, varying from Moorish revival, Gothic revival, and Neo-Byzantine. The facade is divided into three parts: a central bay, whose decoration evokes the Saint-Augustin church in Paris, and two flanking towers. The towers have a square plan and topped with tiara-shaped domes reminiscent of those of the Basilica of the Sacred Heart of Montmartre. With its imposing structure, the church is the greatest surviving trace of the colonial era. Within the same area, stylish residences of the former French community are located. Characterized by an art nouveau style, these residences are lavishly ornamented with golden organic forms suggestive of Moorish style.

Ending the trip with the Grand Synagogue of Tunis, constructed outside the old Jewish quarter of the city. The initiative behind its construction was to substitute the old synagogue in that quarter with a much grand structure and operating it as the principal synagogue of the city. Following a bold art deco style, the building was designed by architect Victor Valensi in the 1930s. It features a bold white composition, highlighted by gold elements such as the Jewish star, Hebrew text, and the ring around the rooftop dome.

The city of Tunis has various urban, architectural, and artistic memories. These memories are emerging in the national heritage collection. It constitutes a piece of history that deserves care, restoration, and preservation.