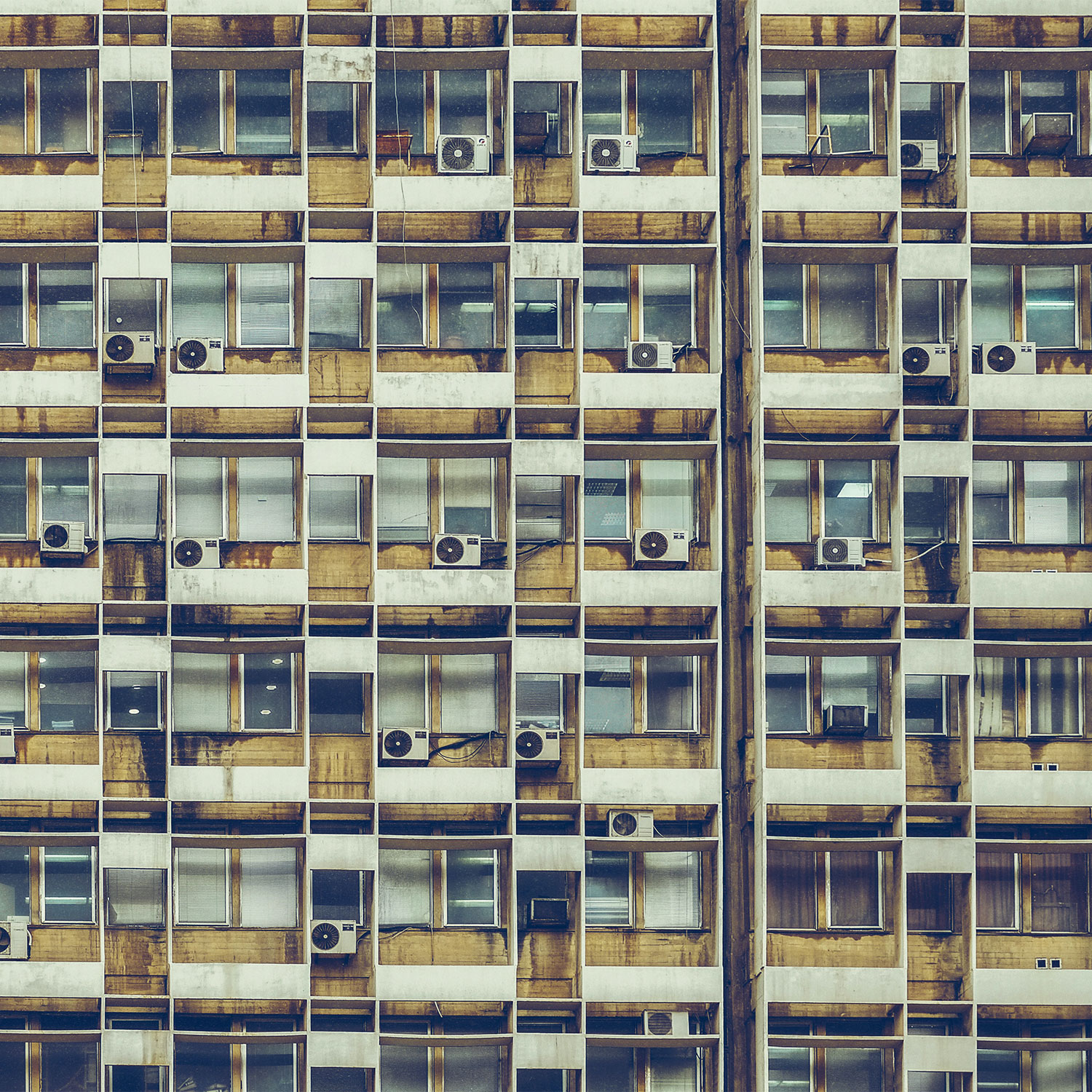 Wandering the Streets of Beirut 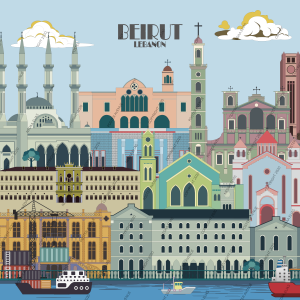 Beirut cityscape has been defined by several influences throughout history, from ancient Phoenicians, Romans, and Byzantines, to Islamic dynasties, to the French mandate, reaching ultra-modern and contemporary styles. The city is delineated with a myriad of architectural styles corresponding to its multicultural identity, a mixture between the East and the West, the historical and the contemporary.

Starting the journey with the National Museum of Beirut, which initiates an Egyptian Revival architecture. Functioning as the main archeological museum in Lebanon, it was founded in 1942 by Antoine Nahas. The façade is built using local ochre limestone, it consists of a setback entrance marked with four enormous neo-classical columns. Behind its plain huge entrance, lies a double-height central atrium. The museum exterior as well as its interior echoes the ancient pharaonic grandeur. Another revival museum is the Sursock Museum which portrays a Renaissance Revival style. Built in 1912, the former villa integrates Venetian elements such as classical quoins, stained glass rose windows, a highly decorative balustrade, and a semi-circular double staircase. Its interior with the Salon Arabe and the hand-carved woodwork visible in ceilings and floors, reveals an Ottoman style, which was typical in the country at the time. A more dominant Ottoman icon in the city is the Mohammad Al-Amin Mosque. Depicting a typical Ottoman style with its pencil-shaped minaret, two shallow half-domes flanking the central blue dome, supported by spherical pendentives, and entrances marked with corner arcades. The Ottoman architecture was highly influential in that epoch, its prevalence can even be seen in governmental buildings. For instance, the governmental palace or the Grand Serail was built in 1853, following the architectural style of the “New Order”, a new Ottoman military order.  The structure epitomizes the military barracks with its gigantic rectangle building and a large central courtyard. Located on top of a hill in downtown Beirut, the building provides an austere image, especially with its remarkable protruding arcaded central portico.

Simultaneously, the spiritual aspect of Beirut is known for hosting a diversity of religions and sects, sometimes in harmony and sometimes in conflict. But the harmonious aspect can definitely be seen in the architecture of the downtown. Starting with Saint Georges Maronite Cathedral, depicting a neoclassical style, it was designed by Italian architect Giuseppe Maggiore to resemble the Basilica di Santa Maria Maggiore in Rome with its interiors. Featuring two tall ionic columns marking the entrance, a façade-long balustrade, an open pediment, and a disconnected bell tower. The cathedral has a typical plan of a basilica with a nave and two adjacent aisles. Just 8 meters away, a different sect can be noted with the Saint George Greek Orthodox Cathedral. Being the mother church of the Greek Orthodox Community in the country, and the oldest surviving church in the city, this building has witnessed several destruction and reconstruction since its establishment in the 18th century. It was originally built over a vanished byzantine church. The cathedral epitomizes a medieval style with its minimalistic sandstone and limestone façade, contrasting the shining white marble columns. It also features a central rose window, behind which lies the large middle nave, covered with a vaulted ceiling. Within the same area, and just in front of the Grand Serail, the National Evangelical Church was established in 1848 representing the Protestant congregation. After its complete destruction during the civil war, except for the bell tower, it was rebuilt again in 1998. The new structure is characterized by an overpowering double triangular entrance, sitting next to the surviving bell tower structure. Far away from the BCD (Beirut Central district), the Holy See of Cilicia is located in Antelias town, 5km north of Beirut. Being an autocephalous Oriental Orthodox church, it was constructed in 1930. The structure epitomizes an Armenian archetypal with its conical domes, the strong emphasis on verticality, with tall and narrow windows, in addition to a crucified plan, and an all-stone façade.

Away from the divine aspect of the city, the American University of Beirut, specifically the College Hall building, is one the oldest buildings on this campus and definitely one of the oldest landmarks of the city. Completed in 1873, the early buildings followed a blend of an old English College style with a Gothicized Lebanese interpretation. The entrance is marked by an arcade of pointed arches, the main structure is proportionally delineated with a band of identical windows, topped with a classical bell tower. Ending this lavish architecture journey with an Art Deco monument, the Nijmeh Square is not only a recognizable icon of the city, but it also marks the center of BCD. The square houses the Lebanese Parliament, several administrative buildings, places of worship, and a series of business and commercial activities. The clock tower is distinguished by a rectangular, linear, and sleek composition, broken by a series of setbacks that generates a stepped outline, forming a unique appearance, archetypal of an Art Deco façade.

The rich history and diversity of Beirut allows it to showcase the stratified layers of numerous architectural styles, echoing its multiethnic multireligious all-inclusive identity. Wandering around the streets of the city, one is left mesmerized about the architecture that withstood all conflicts and crises.