The influence of architectural adaptation in the MENA region 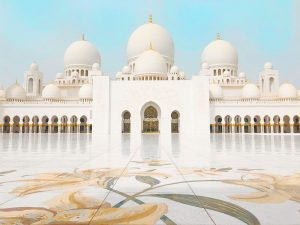 The architecture in the Middle East is popularly known as Islamic architecture. This is because most of the designs are associated with Islam. However, western architects are also believed to be influencing innovation in the construction industry, hence promoting diversity in designs. Apart from the Islamic and Western influence, the Middle East also has lots of designs influenced by the Roman as well as the Greek culture as is the case in Jordan, Palestine, Lebanon and Syria. Notably, the Middle East is as complex as it is diverse in terms of cultural norms. Due to conflicts experienced in the region, it has always been important to find ways to collaborate, integrate and compromise when it comes to cultural aspects. Although the 2008 financial crisis severely affected and even halted projects in the gulf area as in other countries, these have since resumed. It is noteworthy that Qatar will be hosting the 2022 FIFA World Cup. This is expected to have a significant impact in the construction industry in the Middle East, with Deloitte Research estimating future projects to be worth more than 230 billion USD.

Old buildings in the Middle East stand out mainly as Forts, Tombs, Mosques or Palaces. Additionally, the architecture also contains common characteristics such as gardens and water bodies/reservoirs which are equally vital in the Islamic culture. Other characteristics include courtyards, also known as Sehn which is often present in secular and religious structures. The courtyard is one of the places where Muslim women can enjoy the outdoor environment without necessarily covering themselves with a hijab. Finally, most buildings contain the double-arched system, which supports the ceiling while adding aesthetic value. Some of the most outstanding modern buildings in the Middle East include:

Traditionally, Eastern aesthetics imitated those of the European antiquities. The interiors were mainly British and French, probably due to colonial history. However, the uniqueness of the region bore a new approach to design whereby Arabian art was and continues to be the centre of focus. Rather than focusing on current trends that may be outdated in a few years, Arabian and Western architects now focus on aspects of the beautiful Arabic culture. Most of the buildings today represent the cultural ownership in the skyscrapers. During and after the Arab Spring of 2010, the local population was able to reflect from within and identify areas that needed change. This influenced change in the social infrastructure which may explain changing trends in the architecture. 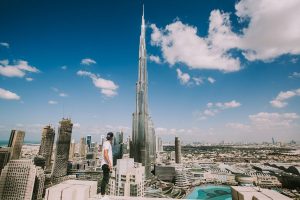 With the political changes, most of the Middle Eastern societies have embraced the choice to rebuild the region. Additionally, many Arab developers are turning to international architects to come up with sustainable and golden standard projects. In order to appeal to the international community, developers in the Middle East have found it essential to incorporate Western elements in their designs. From the use of ceramic tiles in the interior decor to the unique Persia-style tapered brick pillars, the architecture in the Middle East is evidence of rich culture and years of design evolution.

Undoubtedly, some of the greatest civilizations may be argued to have begun in the MENA region. Despite the past events, the Middle East promises more astonishing designs especially with the current rate of rapid development. With conventional elements such as social classes and positions of political power determining the architectural designs in most private buildings, the diversity and evolution of the Middle Eastern Society have seen newer designs come up, a majority of which blend the Eastern and Western elements, moving away from the cliché of the Arabian architecture.